Don't Forget Where You Come From 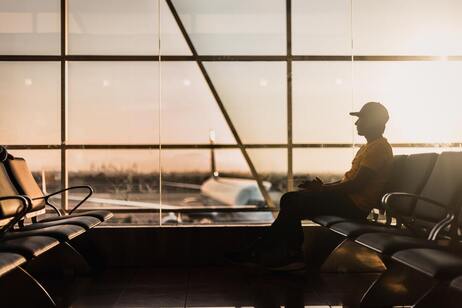 I grew up in Mumbai, in a family who deeply valued the practices of Jainism. As a child, I was playfully mischievous and enjoyed a fun prank but I rarely got on the wrong side of my parents. My parents loved me (with non–verbal expressions, of course) and raised me in the best fashion they could. Overall, we had a strong relationship, which made my childhood easy. One of the greatest privileges my parents offered me was to complete my schooling in Catholic school.  I am deeply grateful to have done my studies there as culturally it was a school with a high reputation. As a pre-teen, I often found myself sitting in silence at the school chapel. As a younger adult, I often wondered, “Why did I choose to sit in a chapel over a temple? What kept me wanting to go back?” I now recognize it was God’s direction since the beginning.

No Thoughts of Conversion
After two years of college, I moved away from home to Pune for pre-med studies. I was filled with excitement and eager to explore a new lifestyle. Over two years, my curiosity for Christianity grew. Some of my friends were attending a campus ministry and I was interested in joining them but I sought my parents’ consent first, out of honesty and respect. Their answer was stern: “Yes, you may. Let that not make you forget where you come from and have no thoughts of conversion.” I attended a few times and found the setting to be quite a contrast to what Jain temples look and sound like. The worship songs, the genuine friends, and the resounding peace fascinated me. Soon I became interested in attending Sunday church services and continued to involve my parents in the decision. My request was always met with the familiar stern response. As I continued to attend, I met many Christian leaders who would proclaim over me, “Jesus is the only God and He has a purpose for your life.” This offended me as it seemed to negate my Jain identity and values. Nonetheless, I kept going back.

An Unhurried Curiosity
I then moved to the Philippines for my medical studies and lived there for four years. My stay in the Philippines marked a period of transition in my spiritual journey. I was a busy student, developing cook, aspiring doctor, and all-in-all striving to make my parents proud. On several Sundays, I desired to go to church along with my friends--life as a medical student felt so overwhelming that the church offered me a place to pause and rest. I posed the same question week after week to my parents, and, as usual, they responded: “Yes, you may. Let that not make you forget where you come from and have no thoughts of conversion.” In retrospect, I believe I asked my parents because I was ready to stop if they disapproved. In some ways it felt as if I was confiding in them about the lingering thoughts that flooded my mind: “I’m a Jain. Can I go to church? Is it okay to go to church?” To quiet these thoughts, I would occasionally visit a Hindu temple, which is when the religious differences became so evident. The Christian religion seemed to provide practical ways to live and love better over simply reading sacred writings. I felt I could freely express my emotions in prayer over chanting mantras. I even caught myself reading the book of Psalms for comfort and peace during times of distress. Over time, my dear friend and roommate encouraged and challenged me in hard conversations about Christianity versus Jainism. Slowly, I began to accept Christ’s ways without realization and I started to notice His comfort in my difficult moments. Overall, it was a lengthy and gradual process of embracing who He claims to be.

The Battle Within
I returned home after four years with a new-found faith, but sharing this with my family was not an option due to their reiterated warnings. While at home, my family enrolled me in a week-long Jainism retreat. The attendees were expected to stay in the monastery with no form of contact with the world outside. The daily routine consisted of Jainism rituals, learning activities, and sermons. Days into it and the fundamental differences birthed confusion. I began to retract from the Christian teachings not knowing how to fight the war between these two opposing religions. I reminded myself to re-root in Jainism, which seemed like an easy way out of the mental turmoil. I now realize that although I had learned something new, I hadn’t unlearned what was ingrained. I couldn't share this dilemma with my Christian friends either. I needed to find out why Jainism couldn't be real versus why Christianity was the 'only way.' I knew this would still be a struggle. I feared that if I found a valid reason to disprove Jainism, my entire world would feel lost: my identity, my family, and my cultural upbringing--it was a high price to pay.

Secret Worship
After two months at home, I moved to Delhi to further my studies. My family worried about my safety in Delhi, which made me question if I was doing the right thing. My parents’ fears and anxiety translated to added warnings to not step out of the house unless necessary. Despite it, I secretly went to a church where I met a community of North-Eastern Christian friends who tirelessly loved me. I had not met such kind people before--in the past, when my Hindu friends found out about me going to church they mocked me. It was disheartening and made me question their friendship. But these Christian friends welcomed me wholeheartedly. My curiosity towards Christianity grew as I saw how abundantly they gave with the little they had, how deeply they loved, and, most importantly, how well they displayed the image of God. I wanted to belong to this faith and their God. Yet tensions remained. It bothered me that I lied to my parents about my whereabouts--I wanted to feel the freedom to go to church and be truthful with my parents. I wanted to share in the deep transparency I always felt I had with them and yet I could not. I also felt enraptured by Christ and realized that my attendance became my decision; their consent wasn’t required.

Honoring family; Following Jesus
Even today, my faith in Christ remains hidden from my parents. Needless to mention, I'm fearful of the consequences that could follow. While at home, it is difficult to be able to practice my Christian faith freely. I fear being discovered in the wrong way. But Jesus has proved faithful and continuously reminds me, “I did not bring you this far to leave you”--Philippians 1:6. I  believe God is gradually preparing me for the moment when I can share my journey with them. I want to honor my relationship with my parents while being true to what Jesus calls me to.  Until then, He is teaching me to honor my parents in the best fashion I can; although sometimes it may appear as dishonoring when I don’t follow their choices in the bigger decisions over my life. One of the biggest examples of this is that my parents would want me to be married into a Jain family by now; however, my heart does not permit me to enter into a non-Christian marriage. As hard as it is to accept that I am dishonoring them, I believe God is allowing this painfully hard process to break them so that in due time He will build them again. He is working in their hearts and, like good soil, when they are ready His truth will be known.

A Transformed Heart
In my nine years of being a Christian, I am often asked one thing: “What stands out to you most about Christianity in comparison to Jainism?” From what I’ve seen, it starts with the transformation of a person’s inner life that can only be accomplished by Jesus Christ. Even in my personal journey, God has tugged my heart all along the way in every place I moved. He didn’t give up on me even when I retracted. And indeed, I can say, “Jesus is the only God and He has a purpose for my life.”

This is my story, His authorship.